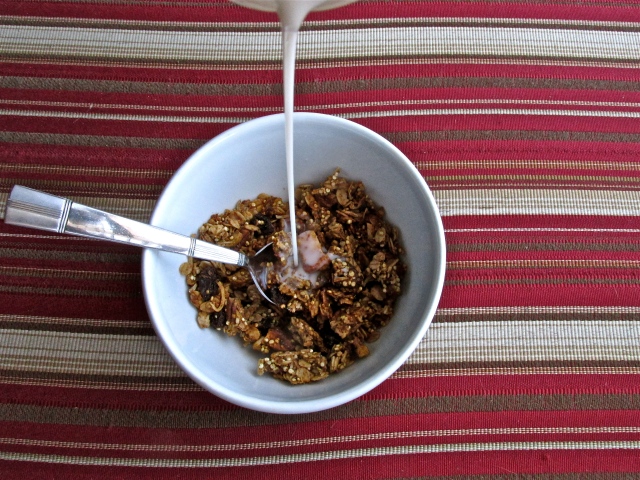 Sometimes inspiration strikes when you least expect it – like a jolt of lightning from the celestial sphere – and sometimes it comes in fits and starts, with a half-formed idea materializing  here and another somewhere over there. Recipe development tends to be the latter for me, but the emergence of an idea, and then an improvement on that idea, still never fails to surprise me. For example, sometime a while back I decided I wanted to do another granola recipe and started running through fruits and flavours that I like. With apple season upon us the answer came pretty quickly – I’ve already got apples on the brain – but the question of where to go from there eluded me. I didn’t just want apple granola, and apple cinnamon has been done before (and many times over). 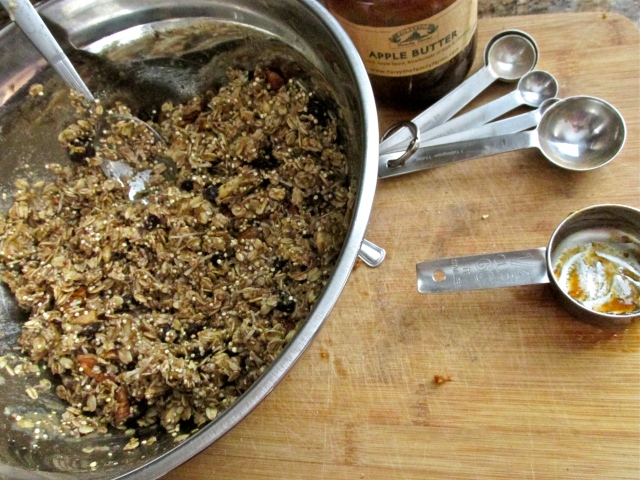 Enter my morning bike ride to the gym. Runners talk about the peaceful contemplation they associate with being on the road, and while I’ve never been much of a runner, the feeling is much the same when I’m cycling. Some of my best ideas happen on those two wheels; the rhythmic and predictable activity of my limbs frees my mind to drift to places unknown. So while “apple chai” certainly felt like a jolt of lightning from above, I should probably give myself some credit for doing some hard thinking leading up to that. But then the idea of using apple butter stuck me, again while cycling, and I truly praised the gods. I always run to honey or maple syrup when I need a liquid sweetener, but apple butter is the perfect way to impart some extra “apple-ness” to an apple recipe!

If you’ve never tried apple butter before, you’re in for a treat. It’s essentially applesauce to the extreme – if you cook down pureed apples long enough, they go from sauce to “butter”, and the result is an all-natural and lightly sweet spread similar to jam. I buy mine from farmer’s markets or fairs since the price is a fraction of what you’ll find in health food stores, and one jar will last you quite some time.

This granola, however will not. Expect it to disappear pretty quickly, because you won’t be able to help yourself from grabbing a handful here, a handful there, until you’re left with a bag of crumbs wondering, “What happened?”

Going into the oven (above) and then (below) coming out all lovely and brown.

My favourite way to enjoy this is with some unsweetened almond milk, but it would also be great with some yogurt and fresh fruit or as a topping for a smoothie. 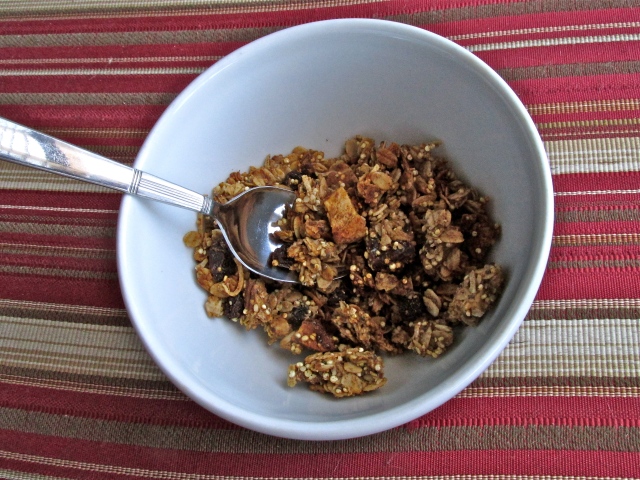 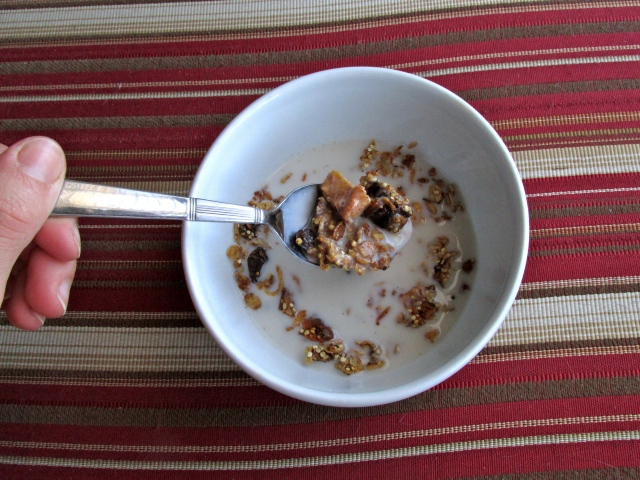 Hello! My name is Samantha Keene and this is my recipe blog, The Healthful Hoard. Everything I make is free from meat and gluten, but most of my recipes are also vegan and many are free from other allergens. To learn more about me or my personal food journey, have a look at the About page. Thank you for visiting!